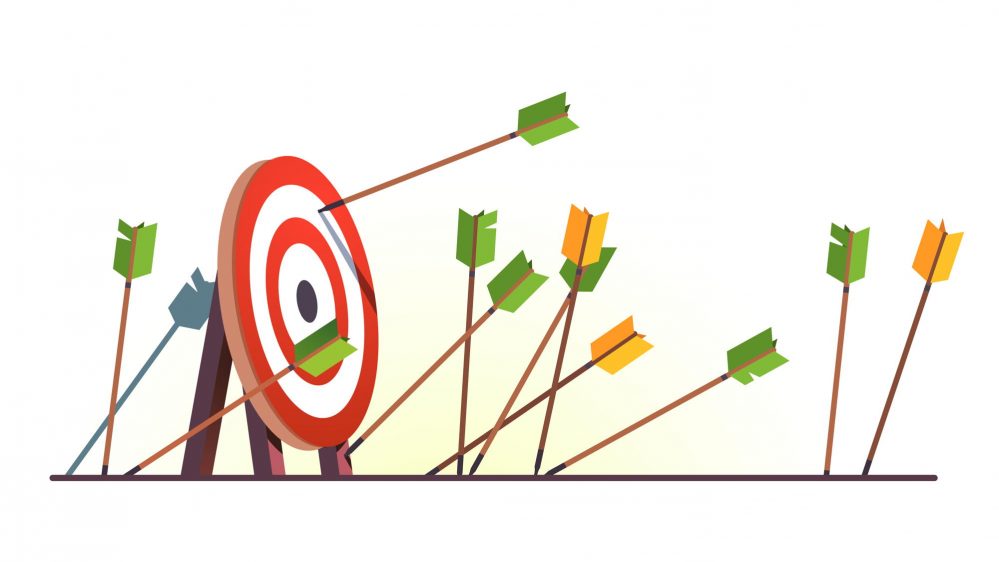 I often say, “All sales and marketing experiments fail.” Expanding on this, in more general terms, leads me to “Most new initiatives fail.” But that is not a bad thing. One of my key points is not to avoid unsuccessful endeavors because failure can be useful.

In scientific methods, knowing what does not work is as valuable as knowing what does. One goal is to create as much learning as you can about what you are studying. In science, one works hard at proving what fails in addition to what succeeds. Failures create faster learning by telling you what not to do. The more experiments you conduct, the more lessons learned. The more lessons, the more information collected, providing the opportunity to learn and adapt.

Many people talk about agile programs, which promote learning as early as possible. Larger organizations build a culture with a staff that tries to avoid failures. It is well-regarded that small experiments are a better approach to risk reduction than waiting and waiting for the approval of the big deals. Leaders can only have so much knowledge before starting.

The closer one gets to trying to predict customer response, the less likelihood of success. It takes time to understand what the customer needs and wants and for them to interact with you. One critical aspect of Lean Methods is that one only makes significant investments after obtaining customers’ responses. Leverage that knowledge for designing future corporate growth.

Creating the right experiments, even ones that fail, can build consensus sooner and faster with the entire team on what the correct approach is. Sometimes after waiting for the big initiatives, there is only 51% acceptance that it is a good thing to do. Many people sit on the sidelines not so sure and maybe even hoping for failure instead of success. Whereas if one creates experiments early enough to learn more faster, that can be avoided. Agile thinking is many experiments with quick adaptations and maximum learning.

All Sales and Marketing Experiments Fail

People continuously propose things to me, so there are a lot of ideas. Rather than simply choosing one or two, I frequently try to do as many as I can but on a very small scale. I want to create the most learning possible for the entire organization, including the proposer and myself.

Realizing that most of them will fail, I know we must develop an offramp, meaning a way to stop the initiative. First, I need to know how failure looks. If something is unsuccessful, what do we do – eat our losses or continue? Obviously, we must design it so that we can quickly drop it and move on to the next experiment. This is one of the most valuable approaches leaders can take. Say no to the fruitless projects.

The reality is that not every sales and marketing experiment will fail. For each one, I start with enthusiasm that it will work, but subconsciously, I think they will all fail. My goal is to get through the process as soon as we can to find the one or two good ones.

When people suggest a new way to sell, such as a new agent, channel, or marketing campaign, I try to be cheerful and treat it as if it will be a home run. But in my mind, I realize that it is not likely to happen. While continuing to keep a positive attitude that I want it to work, I must ensure that we have an offramp if we do not achieve success. Doing this frees up the process for experiments without overcommitment of resources because these are small steps instead of giant leaps.

After graduating from business school, I joined a company in Silicon Valley, and the CEO, Naren Gupta, had a model that I called the epsilon (ε) model. In science and math, epsilon means a tiny number.

I would add that it isn’t just shifting from epsilon to an order of 1 or order of 1/ε. To me, the idea is that when a project does not work, a critical skill is to declare an end. “We’re finished with this experiment. We are not going any further because it’s draining resources and time. This is the end.” Also, it is critical to not criticize the people but rather encourage them for the next initiative. This helps create a culture where people are not afraid of being wrong.

The company 3M has a famous model where they celebrate failures by firing off a cannon. They acknowledge the initiative was a great try, but it was unsuccessful. After that, the people on the project move on to new ones. They cut their losses and look for the next opportunity.

Accepting the principle that most experiments fail leads to a reduction of fear. Team members are not trying to avoid failure because they are nervous. “Heck, many of them fail. Let’s just make sure we design for it. We must recognize failure when it occurs so that we can roll it off and try other things.” This helps with quicker decisions.

In talking with my business partner, mentees, and seasoned business leaders, they tell me that once organizations fully appreciate this approach, it is liberating. Many new managers and entrepreneurs feel paralyzed at making decisions and are pretty gun-shy about pulling the trigger on so many initiatives, especially in sales and marketing. They do not know what to expect or how customers will respond.

Once they realize that no magic bullet exists and every initiative does not have to succeed, they feel relieved. Designing for quick detection of failures, saying no, and executing a plan to stop it provides them the opportunity to try something else that may be more successful.

Failures are a key component of business success.