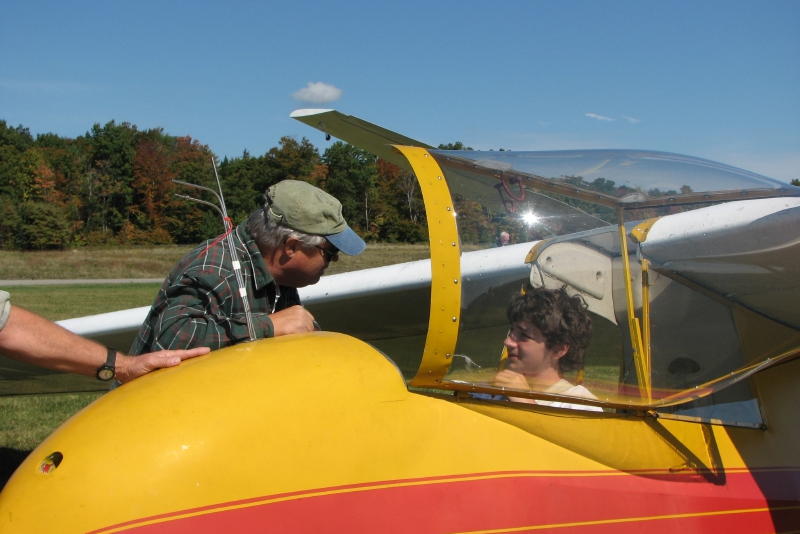 My first example of how culture within an organization can be a key contributor to success was made clear to me when I was a student.

I learned to fly at an old, established gliding (soaring) club and actually earned my instructor rating before going to college. Interestingly, I observed as a young flight instructor several ‘safety-challenged’ operations by long-time members. However, the culture in this club was to grimace behind the perpetrators back and not confront the individual with safety concerns. Seniority had its perks, including a hierarchy that prevented proper communication when near incidents occurred.1

Years later, I formed a soaring (gliding) club at my undergraduate alma mater, Princeton University, with the help of Evan Flatow and Marina Schaum. In the beginning, there was only one instructor (me) and about 80 students. We ultimately trained other instructors from this initial group of students like Steve Gervin, Mark Maughmer, Brad Schrick, Wally Hayes, Robert Bell, Norm Hunter, and Marty Schneiderman. Incidentally, astronaut Brian Binnie was one of the students I soloed at Princeton, and I was the examiner for his first pilot certificate check-ride.

When we started, we only had a two-place trainer – a venerable Schweizer SGU 2-22E. But we soon added a single-seat sport sailplane, a Schweizer SGS 1-26D, to allow recently soloed students to build time for their license and enjoy soaring. One of the rules I established was that the instructor on duty critiqued every non-instructional flight. This was relatively easy to start because there was a clean slate. In fact, I soloed all the early students, so it was natural that I was the one providing the feedback, even when not in the sailplane. But this evolved as the club grew.

This was a healthy arrangement, and we had an excellent safety record.

The strength of the culture became really apparent when I returned to the soaring field years later and was barely recognized as the students and personnel on duty were new. However, a senior pilot made a flight and landed in a single-place sailplane without an instructor. He went over to the instructor on duty to seek feedback. The instructor, who was more junior in age and had less club seniority than the senior pilot, told him that he was busy with a student and didn’t notice the flight.

The senior pilot was livid. He said he paid good money to belong to the club and for that particular flight, and he fully expected to be critiqued on each and every flight. In fact, he didn’t live that close to the club, and a key reason why he flew there was to ensure that he was always improving. The senior pilot said that it was the instructor’s duty to fulfill that expectation, and if he didn’t do a better job of critiquing his flying, he would take it up with the officers of the club.

I was shocked. Not only was there a culture of easy communication and discussion right at the point of greatest impact (the flight line), but it was considered a key value proposition to the long-time members. I couldn’t have been more proud.

This experience allowed me to surmise the following maxim:

[blockquote cite=”Steve Sliwa” type=”left”] Defect self-correction can be designed into an organization’s culture and simultaneously be perceived as a key value contributor.[/blockquote]

1 This prestigious glider club was aware of its culture issue and worked to find solutions to address the safety concerns. My understanding is that they have solved this issue through several intervention cycles and have adjusted their culture accordingly for new members and students.