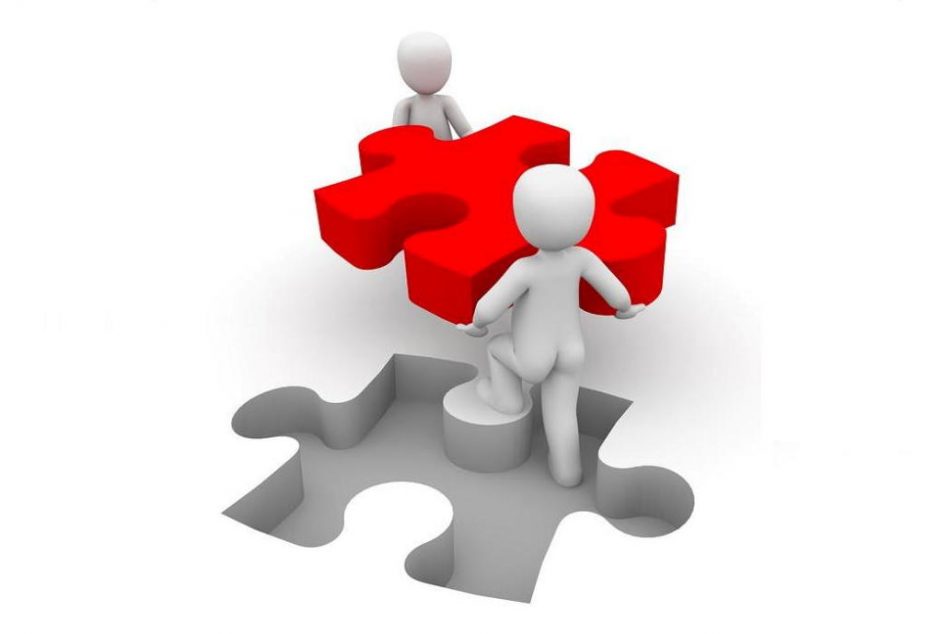 Early in my career as a NASA manager, I attended management training programs at Wallops Island, Virginia. The courses were typically one to two weeks in length and were characterized by good camaraderie with fellow managers from other NASA centers, interesting case studies, effective training modules, and excellent food. Most gained weight while ensconced in the training center.

One particularly interesting exercise provided several lessons for me. It was categorized on the agenda as an exercise in team dynamics.

We were each given the same book on management about one week before arriving at the training center. Most of us skimmed it and found it rather stale.

On the first day, we divided into study groups of about eight and spent some time meeting each other. Several times, we completed exercises together as we became familiar with the people in our group.

On day three, we had a pop True-False quiz based on the book we supposedly read. After much groaning, we were given an hour to answer the 50-question quiz. We were told pencil down and then given a second quiz to copy our answers onto and hand it in. We kept the original.

We divided into our groups, received another copy of the quiz, and had one hour to answer the quiz as a team. The groups that had a higher score than the best of the individual scores within that group would be judged to have positive synergy. Those that turned in a group quiz answer sheet with a score lower than one of the individual scoresheets from that group would be judged to have negative synergy. And for extra fun, the deliberations were videotaped.

[blockquote type=”center”]A good working definition of synergy is that the outcome of the team working together would be better than what could be achieved by any one of the individuals working alone.[/blockquote]

After organizing a bit, our group went through the True-False Quiz to see where we agreed. Out of 50 questions, we all had the same answer for something like 35 questions and disagreed on the other 15.

So, we needed a process to move forward. The original plan was to discuss each of the 15 questions and see if anyone changed their votes, then go with majority rule. Very logical and almost all teams quickly identified this strategy.

After a few moments of further discussion, however, it occurred to us that scoring well on a quiz was an enviable goal but generating a positive team experience might better. So, we decided that if we couldn’t reach a unanimous agreement on a particular question, we would leave it blank. This decision was particularly challenging for some of us since we knew that just guessing had a 50% chance of being correct. Leaving it blank was a particularly poor test-taking strategy, but we decided it was best for a group that was going to be working together for the next two weeks.

As it turns out, we ultimately left three true-false questions blank since we could not agree.

Then, we waited for the results. Some groups had positive synergy while others had negative synergy. Our group had neutral synergy. That is, our team score, with three blanks, was the same score as the best individual score within our group.

What happened next was interesting. The course unit directors were shocked by the three blank answers. They had never had a group in their many years of conducting this exercise that had not handed in a completed quiz sheet. After all, guessing was a good strategy, so why not go with majority rule or even just allow someone to guess. Even a coin flip would be a better test-taking strategy.

We responded that we decided at the outset that for this exercise, a pop quiz on a management book, that our team cohesiveness was more important than the score on the quiz. Therefore, without unanimous agreement on an answer to a question, we would not put down an answer. The course unit directors looked like we had failed, but then it seemed to us that their expressions changed. We completed the course with no more mention of the issue.

Interestingly, one of my colleagues took that same course several years later. He told me that now the directions were that no team could answer a question unless they had unanimous agreement. Apparently, we were onto something.

The second part of the exercise began shortly after the grading and synergy determination. After a break, each team received a videotape of one of the other groups to watch and then share observations with that team on their team dynamics and any individual performance comments. The team we reviewed was the one that had the worst negative synergy.

This team was composed of six men and one woman. Unknown to the group at that time, the woman had the only perfect score on the quiz. I think the score for the group was 90%. We knew these facts, which made the review of the video easier.

Turns out the woman was a relatively new manager and managed women exclusively. The men were classic NASA managers and managed predominately men.

The men had no skills whatsoever for trying to include the woman in their deliberations. She tried on several occasions to correct their thinking, but they really didn’t listen to her nor did they try to draw her out. She was a soft talker, but it was clear from the video that she was very certain of the correct answer but could not influence the conversation. Near the end, her eyes welled up, and the men still did not notice nor find a way to include her. Clearly, it was a detriment to their quiz score and their team dynamic performance.

Our group severely chided the men for their behavior, and the negative synergy score accentuated our input. We also counseled the woman to not give up and to look for ways to air her viewpoints in team dynamics that are different than the ones where she is comfortable. But we had to admit, we found it frustrating that part of our feedback was encouraging her to make changes to better fit the male-dominated culture of NASA.

I try to remember and incorporate the lessons from that week in my leadership activities. Clearly, team dynamics are a challenge. In the classic priority list of results, process, and people, solely driving for the best results in any single activity may rob the team of the potential for positive synergy on future activities.

[blockquote type=”center”]One should always attempt to avoid sacrificing team chemistry and dynamics, and therefore future performance, just for seeking the best outcome in any single exercise.[/blockquote]

Working hard to include contributions from everyone in the group is a necessary component of leading groups. The best ideas may come from people who are unprepared to ‘force’ their ideas on the group. Learning how to brainstorm and draw people out is a valuable skill.

[blockquote type=”center”]Be willing to invest energy in drawing out people within team decision paradigms … it not only contributes to team chemistry but generally generates the best results.[/blockquote]