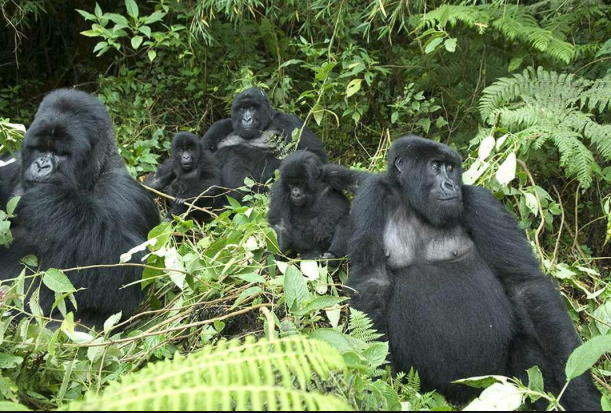 This is a story of how one can test a common tenant of organizational sloth. Presumably, some psychologists were careful to document each step of this experiment in group dynamics.

This story starts with an enclosure containing five gorillas, some big boxes, and a large bunch of bananas hanging up high. Before long, a gorilla determines that if he stacks the boxes on top of each other, he might be able to reach the luscious bananas. After some trial and error getting everything balanced, he soon begins to climb toward the bananas. As he nears the top, all the gorillas are sprayed with cold water by a fire hose. After a while, another gorilla makes an attempt and gets the same result – all the gorillas are sprayed with cold water. Each time a gorilla attempts to retrieve the bananas, the others are sprayed. Eventually, they quit trying, leave the bananas alone, and forget about the boxes.

One of the original gorillas is removed from the cage and replaced with a new one. The new gorilla sees the bananas and ultimately starts to stack the boxes on top of each other. To his horror, all the other gorillas attack him and drag him down. After another attempt and attack, he knows that if he tries to innovate with the boxes, he will be assaulted.

Next, a second of the original five gorillas is replaced with a new one. The newcomer goes to the boxes and is attacked. The previous newcomer even takes part in the punishment with enthusiasm.

After that, a third original gorilla is replaced with a new one. The new one goes for the boxes and is attacked as well. Two of the four gorillas that beat him have no idea why they were not permitted to stack the boxes or are participating in the beating of the newest gorilla. But they seem to enjoy it.

After the fourth and fifth original gorillas are replaced, all the gorillas that were sprayed with cold water are gone. Nevertheless, no gorilla will approach the boxes and try to retrieve the bananas. Why not?

“Because that’s the way it has always been done around here.”