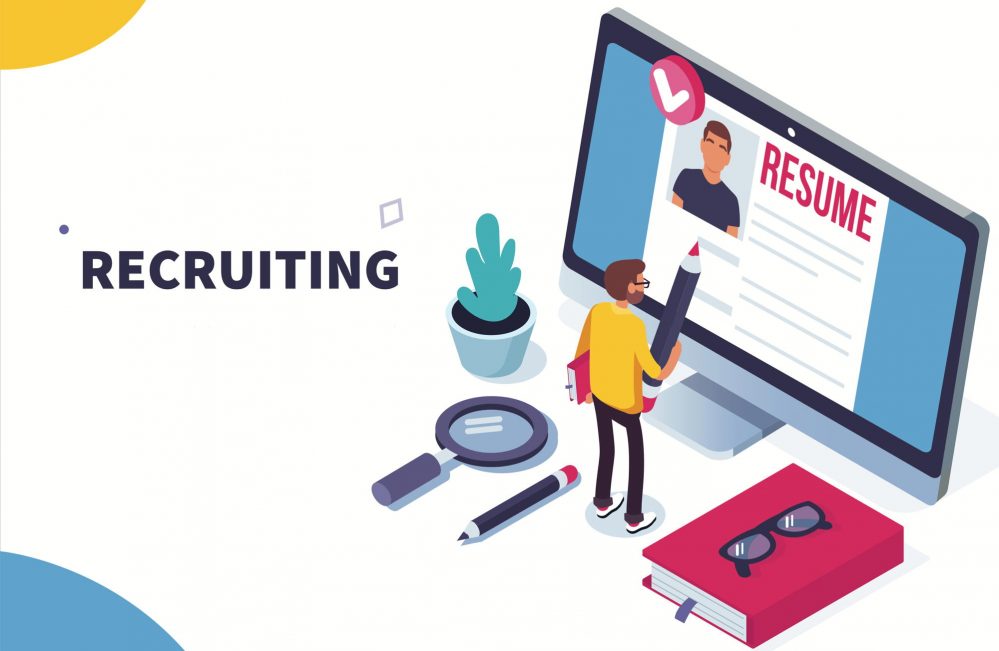 First and foremost, all CEOs should also consider themselves CROs – Chief Recruiting Officers. The leader of any organization needs to set the tone for the talent coming in. For small businesses, this cannot be delegated. I argue that it is important even for large companies. Personally, I am directly involved in the first 100 hires in any of my organizations. I delegate to key people who are synched up with me for some positions occasionally, but I approve all offers and have direct visibility into everyone coming into the company.

As I’ve grown my businesses in the past, I always treated HR as a critical function. At Insitu, I used to say that the person on my right side was Sales and Marketing, and the person on my left was the head of HR. The CEO and VP of HR must be in lockstep in terms of setting how the policies and procedures will evolve, how the hiring and firing will happen, and guidelines for compensation, bonuses, and benefits. The entire philosophy needs to be connected.

When I look at companies that succeed and do well, I often think of the 80/20 rule. The Pareto Principle 80/20 rule is applied over and over again in many situations. In businesses, people use it to say 80% of the sales come from 20% of the customers or 80% of the company performance can be attributed to 20% of the people. However, there is also one that applies to teams.

Let me explain the team version by using a sports analogy. A team’s performance is 80% decided at the beginning of the season by the talent they have – setting up the team, recruitment, and alignment. The variability is the other 20% – coaching, managing, and leading. We like to think that management plays a more significant role than it actually does. It’s hard to take an underperforming team and make them succeed, but if you have a terrific team, you should be able to unlock their talent with your coaching, management, and leadership. The same goes for organizations. One can argue that 80% of the performance comes from the quality of the roster.

Talent and Passion vs Experience and Training

When it comes to recruiting, my preference is to prioritize talent and passion over experience and training. Talent means the capacity to do the work. Passion is that a person is excited enough about the work that they are willing to put in the hours to succeed. It’s true that when one hires a person who has experience, they will hit the ground running. But I find that people with talent and passion come up to speed in about six months. For that initial time, you will be at a deficit because of training, but in the long run, I notice that you come out ahead.

I hired someone at Insitu for the radio frequency (RF) function who came from the auto industry. People thought it was crazy to bring someone with that experience onboard into the drone industry. But this person had a lot of passion, talent, and a diverse background. Sure enough, within a year, that person was very valuable and called upon for various steering committees inside the company as well as for the government.

When working with optics, we recruited an individual from the computer industry. He had been working with camera lenses for cell phones. That background, combined with his talent and passion, put him in a very good position. Within 6-12 months, he was making significant contributions to our business.

Human resource departments mostly follow the standard approach to recruiting. They take the job description and seek a person to fit that role. If the hole is square, then they find a square peg. If the hole is round, they locate a round peg. They find people by looking only at experience and training. But this leads us down a path where one only hires people who are the closest match to the hole.

My approach is to locate great people and adjust the role based on the person you find. Going back to sports, teams want to recruit the best talent and figure out what position they will play later rather than recruiting for a specific capability. This method is uncommon in the corporate world, especially with professional recruiters/headhunters. They are notorious for wanting an exact job specification so that they can find someone who exactly matches those requirements. In my opinion, that doesn’t get the best talent because you ignore people from other areas or disciplines.

One time, I was recruited by the founder of a Silicon Valley company that I worked for previously. He wanted me to come back to be the potential CEO. The recruiter they used wasn’t happy with my resume, however, because I left high-tech for a while to be a university president. Therefore, he thought I was no longer qualified for the role. After discussions with his Board, the founder decided to follow the advice of the headhunter. I didn’t make it to the final round as a result of that. Even though I had talent and experiences that would have been helpful, I didn’t fit into the round hole. They missed out in more conversations, at least from my perspective.

What to Look For

I’m frequently asked what I look for when evaluating a resume. I look for the talent/passion combination, of course, but specifically:

I once hired a chemical engineer (ChemE) for a position at the drone company. My colleagues could not understand how a ChemE would benefit the team. But when they interviewed her, they thought she was smart and had an enjoyable personality. Digging into her resume, however, showed a less than stellar GPA. They decided she wasn’t the caliber of person we needed since we were such an elite organization. They were surprised when I extended an offer. What I recognized, and they didn’t, was that while she was working on her ChemE degree, which is one of the hardest engineering majors, she was also on the crew team that won the national championship. She also mentioned during the interview process that one of her parents had health issues that she also had to deal with. Clearly, if she was willing to dig in that hard in one of the toughest sports while pursuing a ChemE degree, then she met my standards for hard work.

I just thought if we could sign her on and have her working for us, then it would be outstanding. Sure enough! She was a great contributor who became an icon in the organization for being a master trainer and operator. She saved many drones through clever problem solving and was generally regarded as being extra special. When I mention her to new hires and that there was a time when people questioned hiring her, they were shocked. “How can that possibly be?”

Trying to find those people who can really contribute and have special characteristics isn’t always going to happen just by matching up specific training, education, and experience to a job description. And remember that when you are doing the actual hiring, you also have to work on the currency of exchange to get the person interested.

I think the leadership of your business needs to be directly involved in recruiting rather than handing it off. They should also take part in the orientation and training to set the tone because it is vital to achieving your business goals.