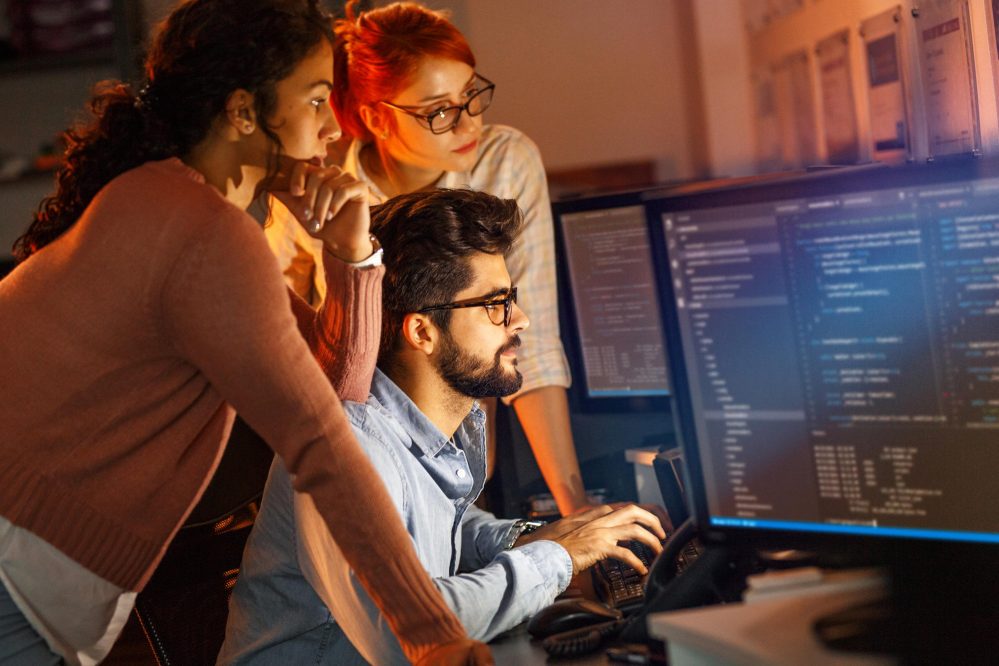 When leading a technology company, whether it builds products or creates software, hiring top engineering talent and creating innovative teams is vital to the success of the organization. Over the years, I’ve found that recruiting and acquiring these people requires a special effort that involves three factors – have great teams, work on inspiring projects, and use state-of-the-art tools. When a business appeals to all three of those categories, then one can assemble a high-quality engineering team.

Even though engineers seem to work alone, they still want to be a part of a winning team with outstanding peers. It’s like how solo musical performers want to be associated with great orchestras. They will have more visibility and opportunities to shine if they have great supporters around them to harmonize and work with. The same goes for engineers.

One of the reasons engineers want to work with other top technical talent is that they need to be challenged and stretch themselves to learn more. The Next Desk Engineering concept motivates many technical people. The premise is that an engineer will build a product to impress the person at the desk next to them. If one has people around them whom they admire, then more than likely they will build and contribute content such that they grab the attention of the person next to them.

Engineers also want to be recognized. At the companies I lead, I generally list everyone in the organization so that others can see with whom they are working. We do it in a way where everyone looks impressive. Once it’s pulled together, the list is remarkable with all the qualifications, background, and ability to contribute. When someone is selected to this team, it’s like being accepted into an elite college or honor society.

We utilize a rigorous hiring process for all our positions, especially for technical jobs. Seeq’s hiring procedures for software engineers involves coding tests as well as teamwork assessments. For analytic engineers, we spend a substantial amount of time understanding what problems they solved in the past, where they want to go in the future, and how quickly we think they can learn new things. We do this to ensure that we vet the talent but also because people are more willing to join activities that are harder to get into. We emphasize this throughout the interview and hiring process. Actually, we decide reasonably early in the proceedings whether we are going to hire the person, but we go through the entire interview process so that the person earns their way onto the team. Engineers want to be recognized as being selected.

As CEO, I am very involved in the first 100 hires at a startup. Some exceptions exist, of course. For example, at Seeq, I had someone who I had worked with previously, and we decided he would take the lead in one of the areas, but I was hands-on in the remaining departments. Because the quality of the team is critical, one can understand why the first hires are essential. They set the standard for the talent that can be acquired, so set the bar high in order to attract the really good people. Bottom line … if you have a great team that people want to be a part of, then engineers will move to work with a better team.

Engineers want to work on great projects where they are challenged, have a chance to innovate, and be involved with new technologies. Many want job diversification opportunities where they can learn new skills and move around. Some of them want to be jacks-of-all-trades with a chance to stretch while others want to specialize and dive deep into subjects. One of your challenges as a leader is to figure out how the project can fit with the talent you have coming in. It’s not enough to have inspiring projects where they can be challenged and learn. The position also must include the opportunity to make a difference.

In gigantic companies like Boeing, engineers have difficulty finding a way to make a difference in their projects. These organizations have thousands of engineers, and the products are monstrous. It seems that an individual engineer only gets a little piece of the project.

However you recruit, find a way where the engineer feels like they have some ownership and that the product will be impacted as a result of their work. They should have an opportunity to make a difference as well as to grow. Engineers will jump to find better projects.

Engineers want and need to be productive. They spend a lot of time working in front of their tools, so invest in what they need. It’s just amazing how many companies provide new hires with hand-me-down computers, don’t have refresh programs, and don’t provide modern software. In other words, they cheap out. They spend enormous amounts of money on engineering talent, but they don’t want to invest in the tools to make them highly productive.

At Seeq, we get out in front of this by letting new hires spec their computer and assuring them that it will be up and running when they come aboard. The equipment will be new with the necessary software installed. We also provide a list of all the tools and environments that we’ve built that the employee can take advantage of. We see this as critical to creating great teams and projects.

Is One Factor More Important?

I would like to say that one category is more important than the others, but as we go after engineers, we don’t know what motivates that individual. Therefore, we bring all three to the table, and when working with that individual, we find out their priority and strive to make sure that they fully grasp how joining our team will be different.

Notice that money isn’t one of the three factors. Throughout my career, I’ve been able to get engineers to take a modest pay cut to come work with me. If I can nail down these three items, plus stock options or other things that balance out the sacrifice, then they are excited to join a startup. I tell them that if we get the business up and going, then we will collect more in the future. The point is that money isn’t the prime motivator when engineers join us. We’ve been successful in hiring top talent even when they had large offers from well-established companies.

Having said that, once you get the engineer excited and they want to join, then you have to satisfy the financial aspect. Frequently, they have family or friends advising them, so you may have to give a little to make this happen. But I’ve found that engineers have a hard time being firm and strict on money matters because the other three factors are more important. Showing motion to close the gap or providing an option to choose their pay or stock options works well.