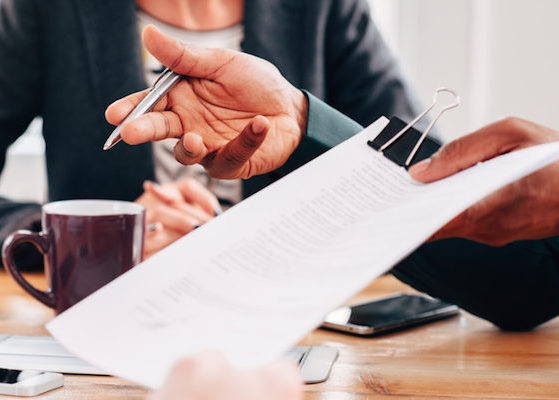 Some of the most high-powered law firms that assist early-stage companies frequently trade a reduction in fees, ‘free’ advice, and networking help in return for a small portion of equity, usually in the form of warrants. The challenge is that many start-up entrepreneurs are reluctant to give up any equity during the formative stages of their enterprise, which is sometimes to their detriment. As a result, these law firms generally have long, drawn-out discussions to reach and sign such a deal.

A colleague of mine is a well-known attorney with extensive experience nurturing early-stage businesses. He told me the story of one of his favorite clients. When the client was a start-up with four employees, he proposed a package of nurturing services that included warrants for 10,000 options. When he met with this CEO later to go over the proposal, he was told that there were five issues he wanted to cover, with number five being the warrants.

My colleague is used to quite a bit of pushback from early-stage CEOs who are reluctant to give up any options/warrants. So, he braced himself for the upcoming discussions and sales pitch to try and close the client.

When the CEO reached that part of the conversation, he started by saying he is not opposed to sharing some options/warrants with the law firm but wanted to negotiate the amount. My attorney friend told me he was relieved but was curious to find out what amount the CEO thought was appropriate.

The CEO responded that if the law firm thought 10,000 shares was a fair amount, he preferred a deal for 15,000 shares. The attorney was surprised and reminded the CEO that was actually more than the request and generally when one negotiates one should be asking for less.

The CEO smiled and said he realized that. But he figured that the attorney probably carried about 10 early-stage clients, and, if the attorney thought 10,000 was fair, 15,000 would probably move the CEO’s company to the head of the list. The CEO stated that when the attorneys were coming to work in the morning or going home at night, he wanted them thinking of his company and how to help him grow it as fast as possible.

Of course, my attorney friend agreed. He told me it had an even greater impact than the CEO imagined. He and his fellow partners were impressed with the maturity and innovativeness of his thinking, and this boded well for the company’s potential for success. So by design, the start-up gained access to the best talent in the law firm, the law firm ultimately introduced the company to about two-thirds of its early-stage investors, and the law firm’s partners’ fund was itself an investor in each of the five rounds the company raised. In fact, in the early days, the law firm invested more than its billings to this client.

Actually, it ended up being a success story for all parties. The start-up received more than its fair share of the law firm’s capacity to help, and the company ultimately grew to over 800 employees and $400+ million in sales. The law firm developed a blue-chip client, and its partners’ fund made terrific returns on its investment.

Clearly sharing small slivers of the pie to take advantage of growing the pie, with radius squared, paid off for all those involved.