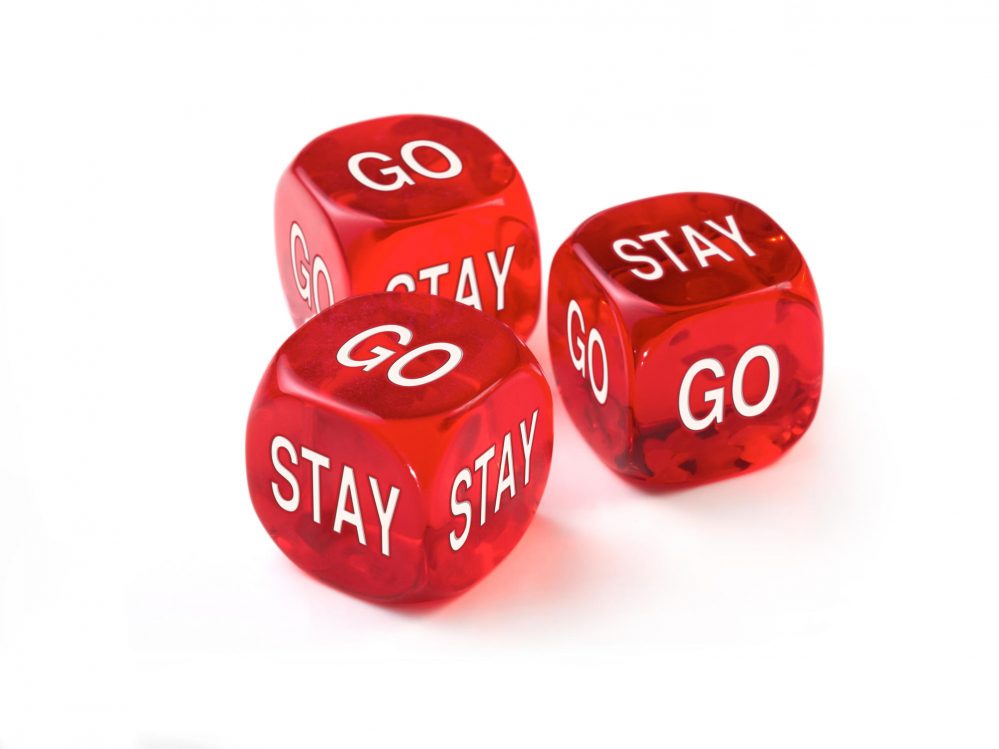 High-performing, rapidly-growing companies with good employees have an inherent problem with employee turnover unless they have a system in place to address it. To make matters worse, it’s the most valuable members who have the most opportunities. If management isn’t careful, the key employees will leave, and only the ones who cannot find a new job will remain. So, it is vital for organizations to create a strategy and have tactics to retain those valued resources.

As managers, we try to nurture our employees and help them grow by providing new opportunities, responsibilities, and ways to expand their capabilities. It’s natural for people to want new roles, but depending on your organization, those may not exist. Therefore, you need a plan to handle these situations.

Most high achievers think about what job possibilities are out there. Are there higher-paying or cooler jobs or maybe more flexible ones? It’s the old cliché – the grass is always green on the other side of the fence. These thoughts are in the back of their minds, and they can interfere with morale. I’ve been at companies where people were convinced they were highly underpaid and overworked. To retain your staff, you must deal with the unknown, and that’s a tough battle.

While it may sound counterintuitive, it is in your best interest to have employees occasionally look at what’s out there to address the uncertainty in their mind. As my staff goes through this process, I support them and even provide them with opportunities.

I tell my employees that I will commit to helping them consider other jobs, support them in the process, give advice, and even make a personal recommendation. I will help them in any way I can to put options on the table. I do this under the condition that they let me participate in the decision-making process before they make the mental commitment to leave. Only the employee knows when they have decided to move on. But before they reach that point, I want to interact with them, hear about the job opportunities, and provide advice. I ask to be a part of the process, not just the decision.

If they are willing to do that, I will help them in any way I can. At times, I’ve called people up to ask if they would consider this person. I’ve also contributed verbal and written recommendations. I’m forthright, encouraging, and do my best to provide candid and sincere advice for the high achievers.

I want them to know what’s out there, to address the unknowns. So, people go out and collect data. Maybe they find out that they would only make 10% more money or that it isn’t easy to get a new job. They may find that the other positions aren’t as cool as they thought or that the new boss isn’t going to be a good mentor and help them grow. In fact, supporting them through the process of looking for a new job reinforces the reality that they have great mentoring where they are.

This approach has worked well for me. I would say that out of the top achievers I’ve worked with 80-90% of them decide to stay. Not only that, but they are more committed and have higher morale after going through the process because they know why they are staying. Maybe they were offered more money, but they realized that in their current position they have better technology, more flexibility, and a better boss/mentor. Whatever the reasons, they can look at the data and decide where they need to be.

Instead of always being in the back of their mind, wearing them down and interfering with their thought processes from time to time, they eliminate that concern and know that this is the correct place for them to be for the next two to five years. And, these employees are great to have around, better than the ones who are still wondering if this is the correct place to be.

Of the 10-20% who leave, some end up returning to the same job or working with me in the future. But sometimes a mentor should recommend that the employee go. Maybe the position they need for their career progression doesn’t exist in your company. Being committed to the employee’s success, even to the detriment of the organization, results in loyalty for both mentors and employees. By putting people first and not being overly biased by a commitment to the company, mentors can potentially create loyalty from others in the organization.

When I was President of Embry-Riddle Aeronautical University, one of the most important people on campus was the men’s basketball coach. He was being recruited by a much higher-level university that could offer more prestige and money. The coach came to me and told me that he was on the short list and wanted to go through the interview process. He explained why he wanted to make the change and added that he disliked being disloyal.

I explained my philosophy and told him to go to the interview and that I would be happy to recommend him. In return, I asked him to interact with me during the process and before he made his decision. So, he went to the interview, did a fantastic job, and it looked like he would be selected.

He came to me, and we sat down and just talked. I asked him, “What are the things really driving you through this process?” He explained that he had four children, and his wife worked as a teacher. Since both of them had full-time jobs, parenting was hard. He needed to make more money so that she could stay home.

I told him to take that off the table because I would fund his wife’s salary such that they would continue to have the same amount of money. I asked him what else. Boom. That was it. He was happy with everything else. He asked for 24 hours so that he could talk to his wife and think about it.

Well, that was over 20 years ago, and he continues to be a friend to my wife and me. When I visit his locker room, he tells his team about the incident of how a university president solved his problem when he was struggling and trying to make ends meet.

I don’t think it was just about the money, but the way I communicated my solution. I took the time to understand his situation, addressed his concern regarding his family, and removed the obstacle.

The second example is one with the Director of Research at Insitu. He was upwardly mobile, anxious, and had lots of talent. He had planned to stay with us for one to two years, so it was time to look for his next opportunity. I explained my ideology, and he agreed to consult with me during his job search.

After a time, he came to me and explained what he had found. I asked him what his resume would look like if he stayed with us for three to five years. I went on to tell him what I thought would be on it. I suggested that he do the same with the other positions he was considering and decide where he would rather be in three to five years. He chose to stay. It was a win for him and a win for the organization.

Being committed to your employee’s success ends up being good for the relationship with that employee. But when others in your organization see it or when they talk about it among themselves, that builds confidence in the company and increases loyalty, morale, and commitment to the corporate goals.