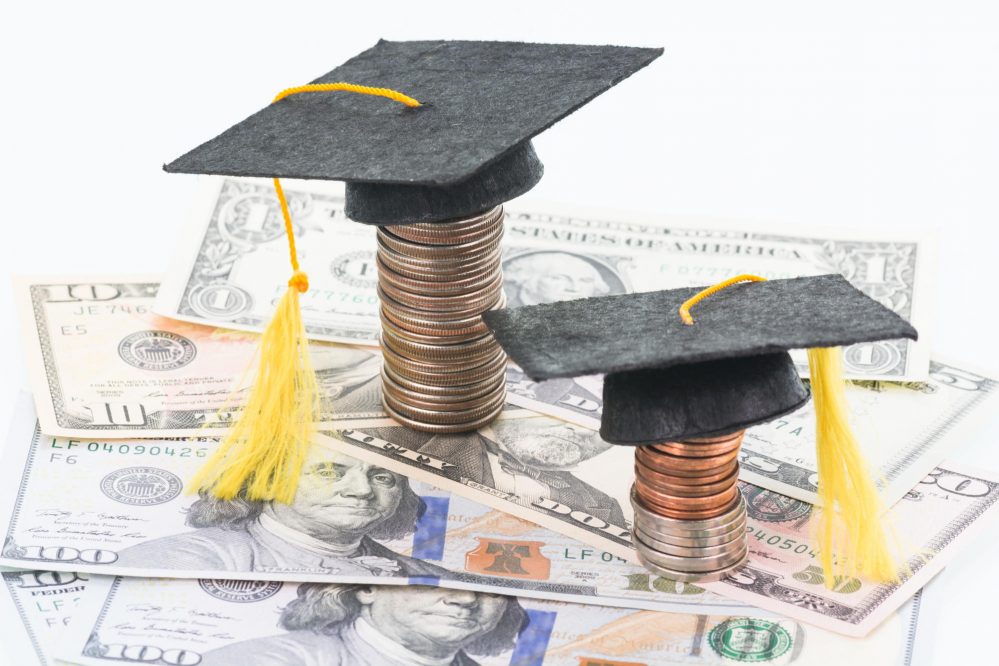 In my post, Law of Minimal Growth for Organizational Health, I discussed how organizations must grow their revenue by approximately 7-10% per year to remain healthy.  I noted that these numbers vary based on inflation and may actually be larger during periods of high inflation.

The same concept applies to colleges and universities, even though most are non-profit. When higher-education institutions first began, they could easily add new students at a rate of 5-10% per year. That, coupled with modest tuition increases, made it easy to reach the necessary numbers. But as universities mature, they tend to fix the size of enrollment. If student numbers are fixed, then the only way to increase growth in tuition-dependent institutions is through increasing tuition faster than the inflation rate.

According to the minimal growth law, these institutions must grow at 7-10% per year, but the percentage may actually be higher than this. The problem is that this rate exceeds the cost of living increase. Continually inflating tuition more than the cost of living means that, ultimately, the cost of higher education is going to be a larger and larger portion of people’s income, affecting their ability to pay. And, that’s what happened.

According to the Bureau of Labor Statistics, the average annual increase in college tuition from 1980 to 2014 grew nearly 260% compared to the almost 120% increase in all consumer items. When looking at the CollegeBoard data, you see that tuition increases are about twice that of inflation over their respective periods. Colleges are actually proud that they kept it this low, but clearly, it will break in the long term unless the model is reconsidered.

Universities have been trying to hold back, but they still need to grow 7-10% each year. How do they maintain that growth rate? For starters, they strike off in other areas. Once institutions have constant students and raise tuition such that it starts to get too expensive, they have to be careful.

After World War II and into the 1950s, colleges grew using the GI Bill, which funded veterans with full-tuition and more. As the GI bill funding leveled off, universities started seeking federal R&D dollars. This took off in the 1960s and 1970s, and more and more institutions sought those funds. It reached the point where the ability that someone had to bring in federal R&D money was a major criterion for recruiting faculty. In fact, in many of the top universities, faculty would not be promoted or get tenure unless they attracted outside resources to fund the university.

Ultimately, the federal dollars available to institutions started to level out. The next strategy was to pursue fundraising where they raised money from donors. It isn’t uncommon for large institutions to operate fundraising campaigns of $1B or more over 5-7 years. Of course, those funds are invested, but for the most part, the ROI tends to be only slightly above inflation. Thus, they do not reach the 7-10% threshold. It simply isn’t enough.

With federal dollars unavailable and fundraising dollars flattening out, they must be even more clever. The next step was to license technology and work with corporations to bring in more money. Many universities have complex licensing departments and legal staff to leverage IP created by faculty and staff. For example, in 2018, Stanford received over $40M in gross royalty revenue from 813 technologies, including license fees from Google.

More recently, universities started pursuing associated enterprises. Since these are not strictly educational, their financial books must be kept separate, but they are still a source of income.

One of my alma maters, Princeton, has a campus property about seven miles from the main campus called the Forrestal Campus. I knew it because it used to have an airport, and I did aerospace work there. It had some R&D laboratories around the property as well. Princeton shut down the airport because the land was more valuable to use to extend the R&D park properties. They set up land leases so that corporations could build their R&D buildings in this new tech park. Stanford had similar arrangements. I particularly enjoyed the Stanford Mall. They used some of their property to build it on, put their brand on it, and it is one of the nicest malls in the area. This is a land lease, so they receive revenue from it. Another area educational institutes look to are hospitals. If well-run, they can be a source of income.

Universities are also associating with tech parks. They are trying to get corporations involved as well as government labs. MIT has a couple of government labs associated with it. Princeton has Plasma Physics Lab and a few others. They can lease these spaces out, bring in research dollars, and have cooperative programs.

In the early days of higher education, teaching was the primary agenda, but now, universities are under pressure to become more agile and facile. They must develop capabilities outside the prime teaching mission and become more involved in the knowledge creation of better using the resources associated with the institution, trying to make the best use of it.

I don’t blame universities for doing this. It reminds me of Disney World in Florida. They built Disney World, but they also owned much of the surrounding land. They developed a land lease program with various hotels. Some say Disney makes more money off the associated properties than the core enterprise. This may be true or merely an urban legend, but I’ve heard that it’s a significant source of the revenues they bring in. By doing a good job of managing Disney World, they attract more visitors and get more pieces of the pie as people build properties associated with it.  If you are going to build up the area around you and get your brand involved, then you might as well realize some of the benefits.

All institutions, whether for-profit corporations or not-for-profit institutions like universities and museums, must find creative ways to effectively grow or else they will go out of business.