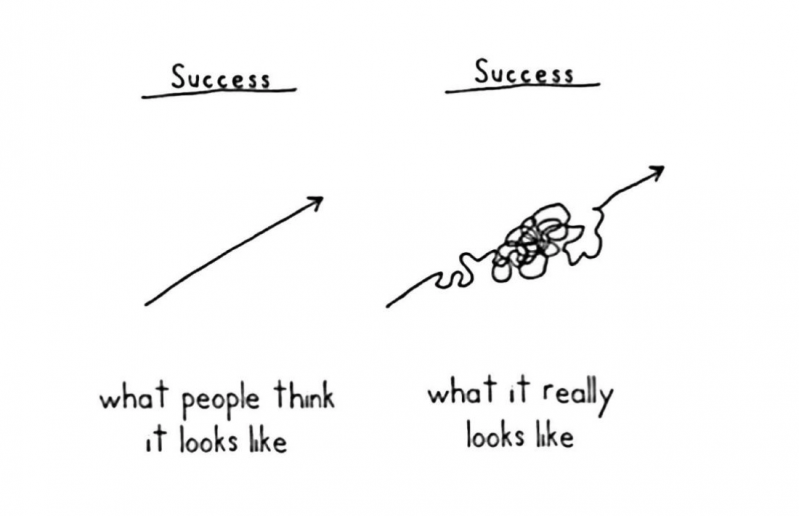 I saw a cute sketch the other day related to the path toward success.  I have added it to the homepage slideshow and is shown here. Sketch attributed to Demetri Marin in this book: “This book”

I think it illustrates the obvious point that those outside of success feel that successful people just plotted and plodded toward a simple professional path toward success.  Those that have actually succeeded see it as much more tortuous.

Interesting, I couldn’t remember where I saw this sketch so I started searching for it online.  I ran into a couple of other interesting success paths.  Here is Paths to Success attributed and signed by Grant Snider: But I also found the “Caruso Ca’t Touch You”: A Road Map to Success.  It was inserted by Frank Jacobs into Strange Maps on the www.bigthink.com website.  He attributes receiving it from Varun Chablani who found it here. A reader indicates that judging by the allegoric content, the detailed artwork, and the illustration style in general, he makes the guess that the cartoon could be by Winsor McCay, a great 1900’s contemporary artist doing editorial cartoons on similar subjects in the Hearst newspaper, “The American.”

This map of the Road to Success depicts an actual road, winding up to success signified by a lyre.

This (literally) lyrical prize is achieved by first entering the Gate of Opportunity. People are running through, but some have already settled in to the sit-down life of ease and comfort in what looks like the Beer Garden of Bohemianism.

Some manage to pass by those delights to check in to the Hotel Know It All, because they hold to mottoes such as Nobody can tell me, or I don’t need to practice, or I’m a born genius, or yet: I don’t need system.

Similarly misguided cries are heard on the patio of the Mutual Admiration Society: You’re the Hit of the Age, You’ll Set the World on Fire, You’re a Wonder My Boy, or (my favourite): Caruso Can’t Touch You.

Those who avoid those three establishments of ill repute might still fall victim to the deep, dark well of Illiteracy, or the spinning, disorienting wheel of Conceit. A select few manage to board the train called Right System at the Railroad Station.

That doesn’t stop some from running along the rail track towards Success, only to succumb to the ugly hand of Vices, the spinning fan of Bad Habits (blowing its victims towards Oblivion), or the pitfall of Bad Reputation. Others fall prey to Charlatanism, or get tangled up in the webs of Jealousy and Do It Tomorrow.

Those who overcome all these perils will enter the gates of System. But while the train crosses a bridge across the river Failure, those on foot are threatened by the Cauldron of Misrepresentation, and tempted by Short Cuts.

Some do manage to wade across the river to the other side, but there must overcome Bad Temper, Carelessness, Shiftlessness and Bad Memory. Then there’s Lack of Preparation, a giant rock which the train can tunnel through effortlessly, while the surviving pedestrians must trek across it.

Sprees, Laziness and Bad Business Methods then still threaten them, until at last they come before two gates, the one for Weak Morals remaining forever closed, the Gate of Ideals open to the train (and some on foot). 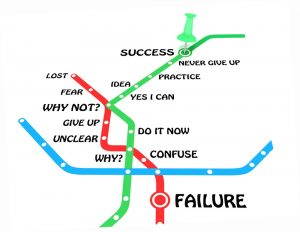 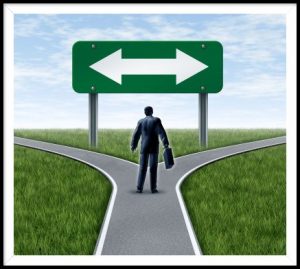 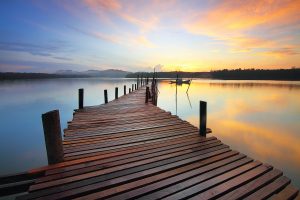 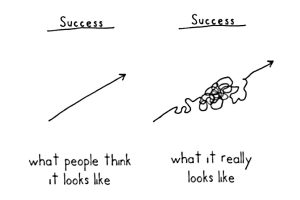 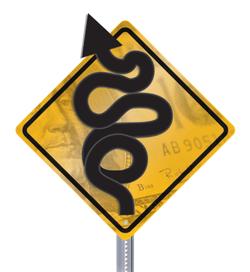 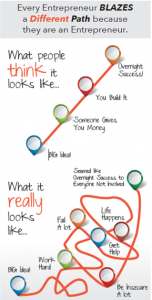 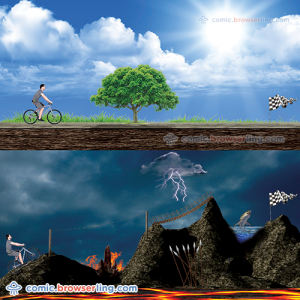 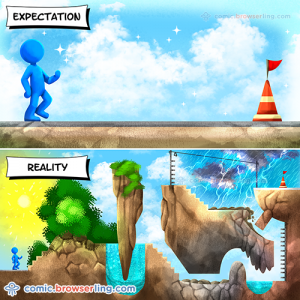 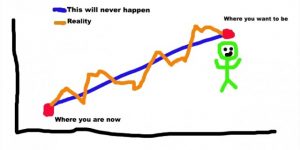 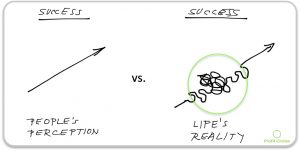 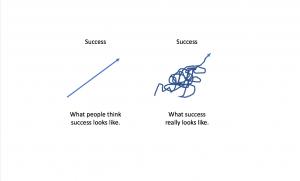 It’s never a straight-line to success. 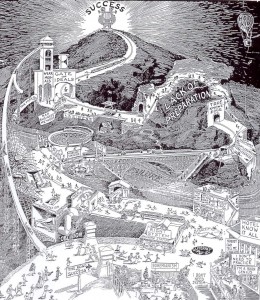 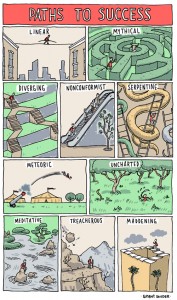