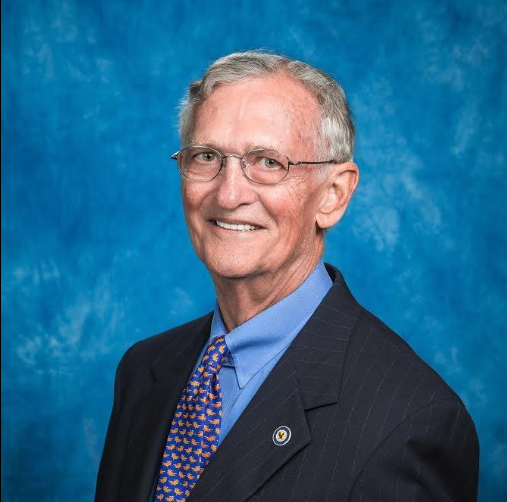 John Carter (Jay) Adams Jr. was very active at Embry-Riddle Aeronautical University and served on the Board of Directors for 41 years, the longest tenure of anyone. I first met him when he was the Chairman of the Search Committee for the President of the University. He was also the Chairman of the Executive Committee during my tenure, so I worked with him regularly.

Jay was an extremely organized and planned individual, and I learned a lot from his model. He structured his life around his principles, goals, and a daily action plan. He also used a key tool, which I call friend-raising, that he incorporated into his daily routine.

Principles: His principles were constant in his life – family, faith, friends, community, and work. And, that was the order of importance. His wife, Leila, and his two daughters and their families were crucial to him. He was also strong with his faith, supporting his church and the faith-based high school that his daughters and grandchildren attended. His profession was insurance, which fed into his friends and commitment to his community. He was dedicated and a hard-worker.

Goals: Jay organized his life around these principles and set up goals for each area that varied over time. For example, he had vacation and educational objectives for his family. For his faith, he had goals for his involvement with his church. He also focused on fundraising for the community and growing his company. But what I remember most is his friend-raising. He was continually networking, building rapport, and connecting with friends in a genuine way that showed concern.

Action Plan: To make this happen, he created a daily action plan. He generated a list of tasks to do and divided it into two sections – major items and minor items. The major items focused on sales activities, fundraising, or course corrections for things he wanted to change. The minor tasks included friend-raising and networking.

My buddies and I used to tease him when we received our check-in from Jay. Was it a major or minor action? Would he try to sell us on something or tell us how to improve our performance or organization, or was it merely friend-raising? He was very action-oriented, so we knew it was one or the other.

In my early days at Embry-Riddle, most of his communications with me were majors or supermajors (items for advice or correction), which was a scheduled lunch. He was also schedule-oriented, picking up the check after 50-55 minutes so that he could be off to his next activity. He had to finish his list for that day.

I learned a lot from his organizational structure and how he had an action plan that he executed every day. I am grateful that he was one of my mentors and sorry that he is no longer with us. Jay passed away on August 7, 2019.