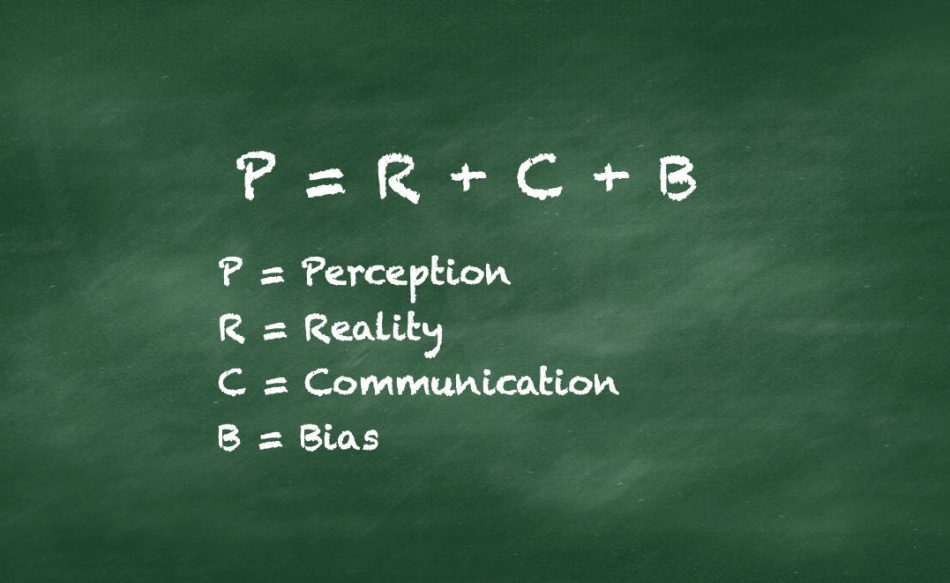 As an engineer, I feel compelled to expand upon the basic perception equation. Those with a mathematical background might prefer a bit more structure in this illustrative model. We might refer to the standard perception equation as only the first order terms. A more proper formulation would be to include initial conditions, i.e., bias.

For example, in Long Registration Lines on Campus, I discuss how students were enraged because of the time required to sign up for classes, which took on average a waiting time of up 10 minutes to a maximum of 18 minutes. This reality was terrific compared to other campuses, but the newly rolled-out system had not been communicated properly. You see, the seniors talked about how horrible registration was, and the freshman listened and believed it. Having never used the previous system, they walked in with a bias that the experience was going to be terrible.

The advanced perception equation would therefore be:

This equation is the same as before but with an additional bias term. This is equivalent to an initial condition on the perception. What we really want to manage, therefore, is the change in perception. The ultimate perception must overcome the initial bias or prejudice that one holds about the particular issue.

Since the initial bias term does not change, the change in Perception can be modeled as:

So, our initial perception equation is still valid, but more precisely, it estimates the change in perception on a particular issue.