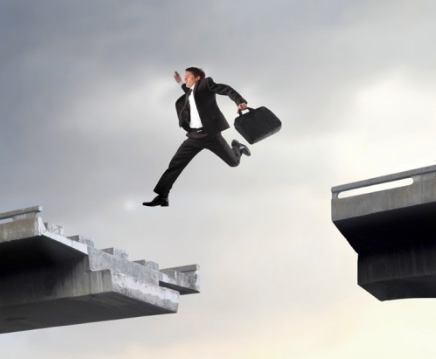 The most common view of what separates entrepreneurs from others is that they like risk. The belief is that entrepreneurs are virtually gamblers who enjoy the adrenalin rush associated with taking risks and achieving the victories that sometimes accompany such risks. In reality, nothing could be further from the truth.

In my studies and observations, entrepreneurs generally do not like risk. In fact, what separates them from others is that they understand the concept of risk-taking, don’t like it, and spend extraordinary time and effort assessing, minimizing, and managing risk. Some of the best entrepreneurs I have encountered expend considerable energy driving down risks and are not content until the risks are virtually eliminated. My friend, Tom Albright, was a master at this.

They are generally obsessed with identifying, assessing, and minimizing risks before, and after, reluctantly taking them on.

A common trait for entrepreneurs is to maximize cash through expediting receipts and minimizing/delaying outlays. I have noticed that many successful entrepreneurs develop cultural/procedural tricks that are indicative of this trait.

For example, I remember when Naren Gupta, CEO at Integrated Systems, taught me a trick that emphasized the value of cash. We were growing fast. I was leading the R&D and product development organizations and was constantly rebalancing our business model to try to keep up with our growth. Naren would review my models and ask for more details and analysis. It was all positive, but I was always curious about a little detail at the end. Whenever I received an affirmative go-ahead, for a hire, purchase, contract, or whatever, he would generally say yes but approve it for the next pay period, month, or quarter.

When I asked him about this pattern, he said that (1) frequently decisions that are slowed a bit improve with time; (2) most projects can’t be implemented within the time frame suggested; and (3) the extra time generally has a positive impact on budgeting and realized cash flow. However, he timed the slowing down effect with the good news of the approval. The recipient of the approval rarely felt bad and just went about the process of the best implementation possible but on a slightly slower schedule.

Later as CEO of my own organizations, I noticed that these little delays across the organization saved quite a bit of cash by the end of the year. My job was to release the approvals but at a graduated rate and looking for opportunities to slow a little bit here or there.

Minimizing cash use is a prime skill, talent, and activity of successful entrepreneurs. It’s also a useful metric for understanding an entrepreneur’s ability to manage and reduce risk.

I have seen entrepreneurs who were confronted with payment requirements from certain vendors find ways to have customers or partners take on the liability as part of the relationship. Why take on a liability that requires collecting revenue or payments and then passing them through?

Although entrepreneurs do not like risk and are constantly managing it, they aren’t afraid of risk. They work the risk as small as practical and then embrace it. Hopefully, the risks are so small they seem negligible. But in the end, they don’t run away from all risks.

In larger companies, this can be a problem. The enterprise value is so significant that the perception is that even small risks can put a sizable portion of its value at stake. We all know several cases where modest incidents can reduce the stock price of a big company. Relatively modest incidents like a single explosion on an oil platform that impacts less than 0.001% of the organization’s revenue but can wreak havoc on the shareholder value for years.

As a result, significant parts of an organization’s bureaucracy are designed to help an organization manage or minimize its risk. The challenge is that many of these organizational units can ultimately strive to drive risk to zero, an impractical and untenable situation.